The Yoga of Jesus: Understanding the Hidden Teaching of the Gospels

Did Jesus, like the ancient sages and masters of the East, teach meditation as the way to enter “the kingdom of heaven”?

Were there “hidden teachings” given to his immediate disciples, which have been lost or suppressed through the centuries?

Did he really teach that all non-Christians are excluded from God’s kingdom?

Weekly livestream calls, Wednesdays at 7pm PT (live attendance is encouraged, but recordings will be available)

An online community to connect, discuss, and learn from each other while reading through the text.

Support from your teacher and the Curative Yoga / Samaa Living Team. 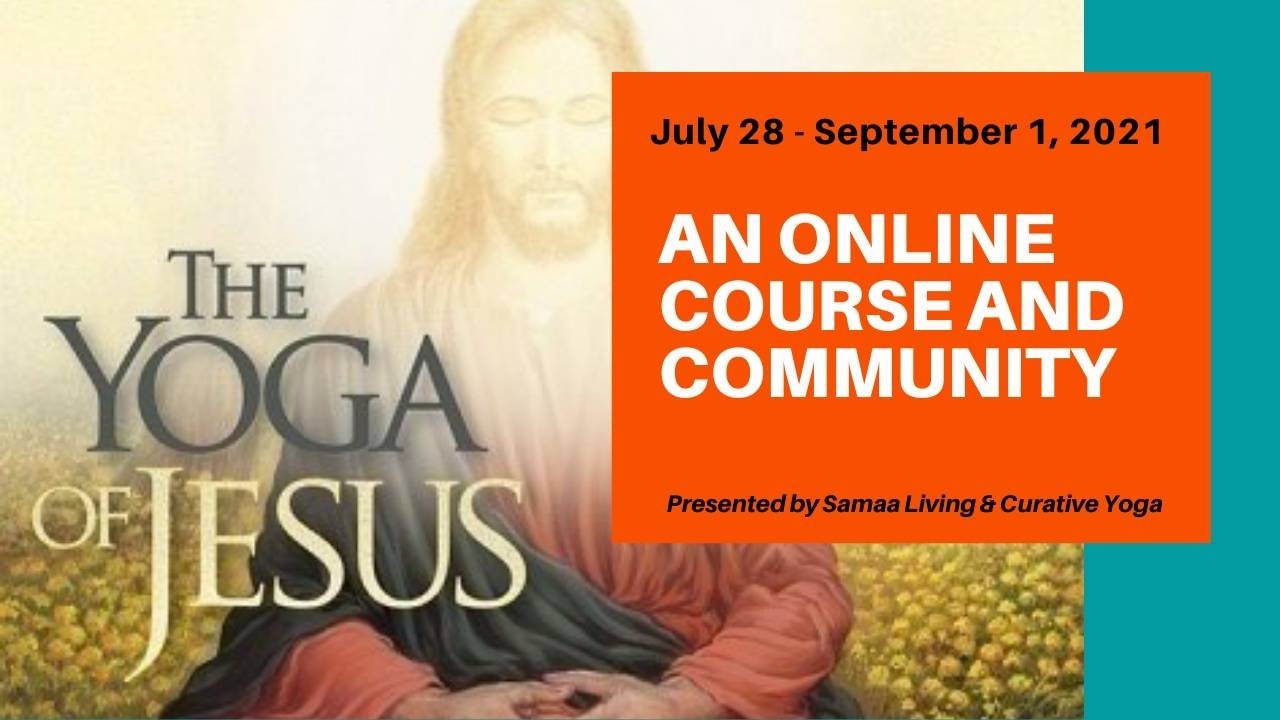 Join Samaa Living & Curative Yoga in reading and learning from The Yoga of Jesus, by Paramahansa Yogananda.

The book aims to recover what Yogananda believed were major teachings lost to institutional Christianity.

“Paramahansa Yogananda’s The Second Coming of Christ is one of the most important analyses of Jesus’ teaching that exists,” said Dr. Larry Dossey, M.D., noted author and researcher in the field of holistic medicine. “Many interpretation of Jesus’s words divide peoples, cultures, and nations; these foster unity and healing, and that is why they are vital for today’s world.”

A review, in Sacred Pathways magazine (Dec. 2004) stated: “Yogananda strips away the divisiveness and dogmatic approach that have accumulated around Jesus’ teaching and affirms that it is possible for every individual – regardless of one’s faith tradition - to have the same relationship that Jesus had with the Divine ….He outlines the methods of God-communion that Jesus imparted to his direct disciples but which were obscured over the centuries, and explains such topics as the Holy Ghost, baptism, meditation, forgiveness of sins, reincarnation, heaven and hell, and resurrection. In so doing, he reveals the underlying unit of Jesus’ moral and esoteric teaching with India’s ancient science of Yoga, meditation, and union with God.”

Subscribe to be first to know about upcoming yoga teacher trainings, workshops, retreats, and other events!

Wisdom from our school, upcoming events, and more, delivered right to your inbox.

Enter your email to receive a limited time offer to take $10 off this program.